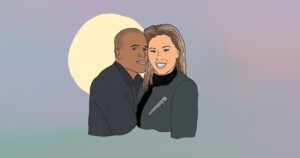 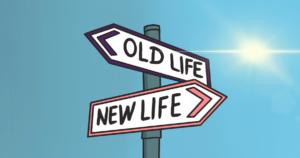 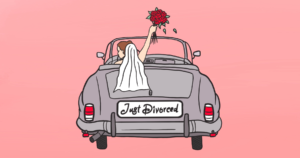 5 Lies You’ll Read About Divorce When You Google It

Plus, the truth that’ll make you more optimistic about the process.

You Should Date A Younger Man. Really.

Once you get past the double standards, the cradle-robbing jokes, the worries that he might leave you for someone younger, there’s a chance you could be left with a deeply fulfilling relationship 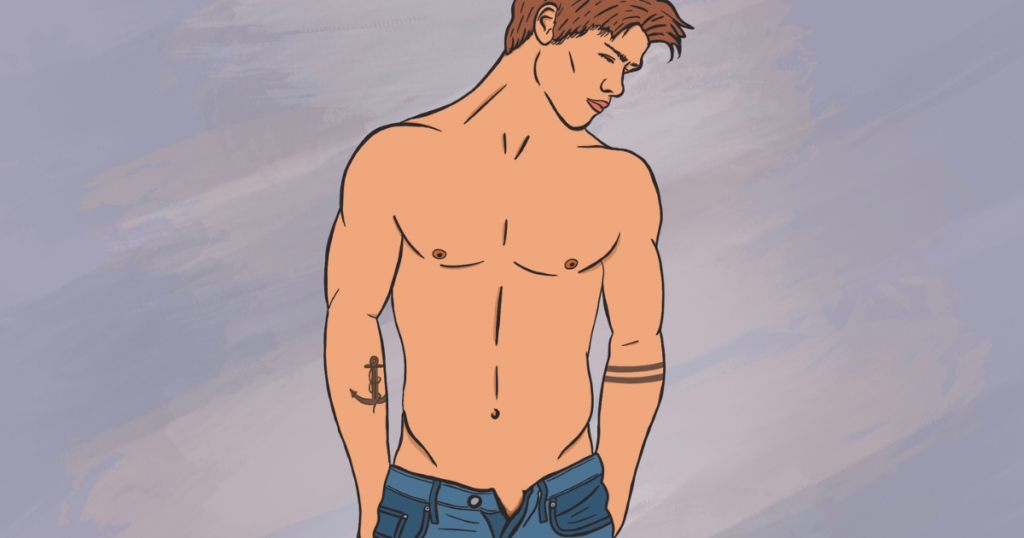 “Is that going to be a problem?” I asked the guy I was seeing at the time.

We were doing the fateful follow-up call after randomly meeting at a dusty-floored bar in the hipster part of town. He asked me how old I was. He realized we were a decade apart. I was in my twenties. He was in his thirties.

I could sense a little concern in his voice. I, however, wasn’t worried at all. In fact, I was probably a little determined in my tone. The idea of dating a brainy, attractive, and emotionally-intelligent older man was very appealing.

Fast forward to my forties when the universe thought it would be hysterical to flip the script on me. After another bar date—this one in the business district with craft cocktails and a higher bill—I found myself dating a guy who was a decade younger than me. Brainy? Check. Attractive? For sure. Emotionally intelligent? Yes. But when I asked him where he was on September 11th, his reply was: Second period Chemistry class.

“This is going to be a problem,” I thought to myself.

Or was it? I didn’t bat an eye when I was the younger woman dating the older man. Who hasn’t read that story? But as soon as my friends started sending cougar gifs to my smartphone, the quiet self-doubt escalated. And there’s one big reason why.

The Double Standard Is Hanging On For Dear Life

“Women have been conditioned by society and biology to believe we should date older men—and not the other way around,” says Megan Weks, dating expert and the creator of Manfunnel Method. “We are still fighting an uphill battle against this dating double standard. I have female clients who often come to me almost asking permission to date younger men. They’re basically saying, ‘Is this OK?’ And I tell them it absolutely is.”

Related: How to Develop New Passions in Life—and Why It’s So Important You Do

Not only is it okay, but, at the risk of sounding like the first guy who convinced you to go to third base . . . everybody’s doing it. At 39, Indian actress Priyanka Chopra has a one-decade age gap between herself and her adoring husband Nick Jonas. President of France Emmanuel Macron celebrated his 44th birthday last year while his wife, Brigitte, rang in her 68th. Supermodel Heidi Klum is 16 years older than her husband, guitarist Tom Kaulitz.

And that goes beyond the realm of putting a ring on it to just plain enjoying your time in the dating world with an adoring bae who loves the silver fox streak in your hair and your devotion to yoga. One study showed that a third of women between the ages of 40 to 69 prefer dating a younger man. Think: 41-year-old Corey Gamble who needs to focus on “keeping up” with his 66-year-old girlfriend, Kris Jenner. And before Jennifer Lopez circled back to Ben, she was dating Alex Rodriguez, who is six years younger than her.

“Women understand that they have a choice now. So why settle?” says Nicole Moore, celebrity love and relationship coach and creator of the Love Works Method. “We’re taking care of ourselves mentally, emotionally, spiritually, financially. We want someone doing the same.” Age may still be just a number, but it’s beginning to look a lot like we should be counting lower these days.

Why May-December Romances May Work (Really Well) For Women, Too

“Here’s what I hear a lot from women over 40,” says Moore. “They say men in their 50s and 60s just want to be retired. They’re not lively. Women in their 40s are still young, have energy and want to do personal development. They’re not in ‘relax’ mode. They want to keep going and growing. The older men are just, well, ‘sad trombone.’”

“One of the absolute best parts of dating a younger man is how we pair up sexually,” says Jill, 54, of Salem, Virginia who is 12 years older than the man she’s dating. “Having gone through menopause and not having to worry about getting pregnant is so liberating, and he’s got a fully functional penis. Amen!”

There’s actually some science behind what you’ve heard anecdotally about the mismatched sex drives of age-matched women and men putting the D to the P. “The truth is that with men 45 and older, there’s a high percentage of erectile dysfunction,” says Weks. “But women are definitely DTF until late in life. At that age, we know ourselves and we’re really over our inhibitions and can teach a man a lot in bed. We know what we want and he has the energy. That can just be a beautiful pairing in the bedroom.”

Related: Insider Secrets on How to Increase Female Libido—Instantly!

Where Everything Isn’t Coming Up Roses

As with all types of relationships, there can be challenges. But there are some particular ones you want to be on the lookout for when your beau was born way after you.

You don’t want to end up being some failure-to-launch guy’s surrogate mother, or worse, some hobosexual’s sugar mama who is dating you for a nice pad to crash in. Handicapping due to age shouldn’t be the rule. “Don’t get into a situation where the younger male is using the older woman,” warns Moore. “Put your energy into finding a guy who has a sense of self, emotional maturity and who is going somewhere in life—whether you’re helping him or not.” You’re not here to sponsor a life of leisure for anyone except yourself.

It’s also one thing to want to go out more—and another thing entirely to realize you’re falling asleep in the middle of the dance floor at the club with your boo. You need to check how young at heart you really are. “Sometimes younger men will show their age,” says Rasheda, 42, of Detroit, Michigan, who dated a man eight years younger than her when she was 39. “It can be in their use of slang. Or sometimes, they may invite you to events and you’re the only one there in your age bracket. For some women, that can be intimidating. For me, it’s an opportunity to learn.”

It’s important to be on the same page in terms of family desires as well. “I was never able to give birth to children and my daughter was adopted,” says Tara, 48, from Delta, Colorado. “My partner is still trying to decide if he wants to be a father or not at age 40. Being 48, I still feel I could actually still adopt again but not an infant. Becoming a new parent in my 50s doesn’t interest me at all, so this is one challenge we are facing.”

Narrowing the age gap can sometimes help with these issues. “I think 5, 6, 7 is a sweet spot where it’s no big deal,” says Weks. “When we get into larger spreads, I tell my clients to make sure the gap doesn’t create any challenges that would erode the relationship.”

What’s amazing about all of this is that it still comes down to your attitude—not society’s or your partner’s. Ultimately, your mindset is really what matters when it comes to dating a younger man. It doesn’t matter if he’s dead ringer for the Bridgerton guy if you’re too scared to keep the lights on during sex because you no longer have the body of a 20-something. None of this works if you’re not comfortable enough breaking down the dot-com boom and bust after he explains to you how cryptocurrency works.

Related: Should You Consider Vaginal Rejuvenation?

“Women have to get their own mindset, see their worth, see their value,” says Moore. “It’s a confidence thing. A lot of younger men who do date older women will say, ‘I like that she knows herself. That she’s confident in herself. She doesn’t need me to rescue her. That inner quality is attractive. But if you’re older and insecure and not sure if you’re worthy, energetically you’re not attractive.”

Once you get over that hurdle, congratulations. Your dating pool has practically doubled in size. And now you need to come up with some sturdy criteria for picking mates in a wider age bracket. In your twenties and thirties, you were likely looking for dad material. Now the boxes to check may have increased in number as well.

“Ultimately, you need to ask yourself what do I want a relationship for? For security? Perhaps it’s for you to receive? For you to be treated like a queen? For you to have a real partner you enjoy spending your time with?” asks Moore. “I encourage older women to look at a relationship in terms of your own enjoyment: What’s going to work for you? That’s the benefit of being at this point in your life. A real partner that you love and are devoted to and enjoy.”

As the double-standard continues to lose its grip, don’t be surprised to see more and more over-forty men feeling as overlooked as over-forty women used to. “If older women are going towards younger guys, the older guys will have to face that feeling of, ‘Well, do people want me?’” says Moore. “I don’t know if they’re ready for that.”

As for me and the younger guy I, ahem, ended up having chemistry with, it didn’t work out. But over cocktails in my living room with a friend, I was convinced to lower the age range on my dating profile. . . by a decade. And it definitely hasn’t been a problem.

Lynya Floyd is a freelance writer who specializes in health and wellness content. When she’s not crafting stories like these, you can find her ghostwriting books and media coaching clients.

Join the discussion! What’s the age difference in your relationship? Would you ever (or have you) dated a younger man? We’d love to hear your thoughts on this topic here.