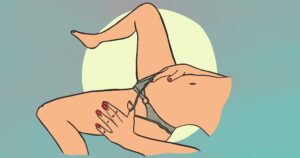 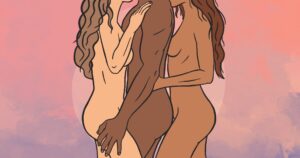 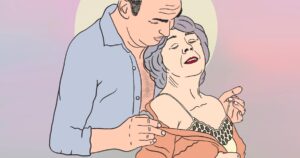 And can it actually get better in your 60s and beyond? Here’s why menopause may actually mark the true beginning of mind-blowing sex.

Are you ready to take your pleasure to new heights? 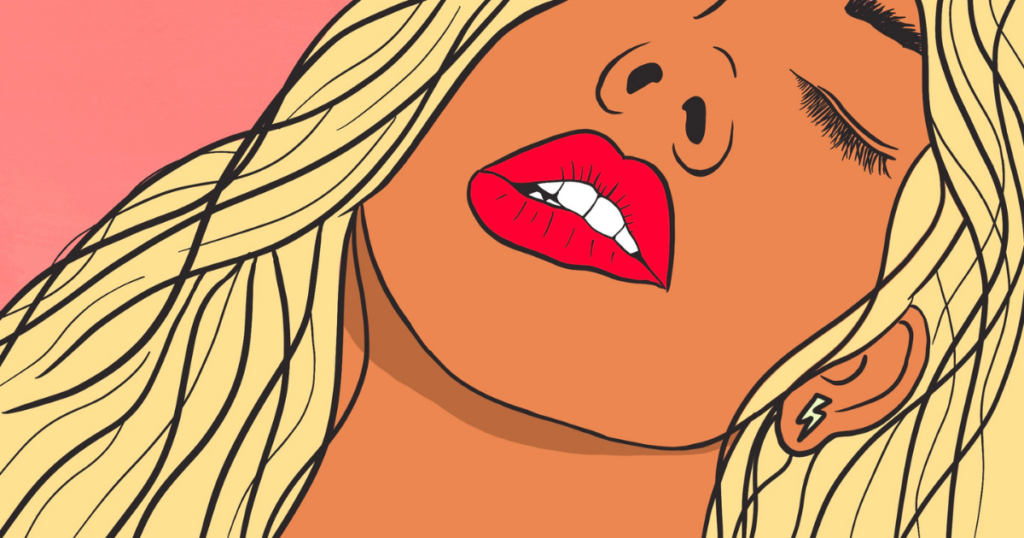 If the pandemic has taught us anything, it’s that we must take our pleasures where we can find them. This is nowhere truer than with sex.

The whisper may start talking dirty, the tapping may morph into a bout of friendly spanking. Since both ASMR and sex pertain to the realm of intimate, it seems inevitable a subgenre would emerge that makes that overlap explicit.

DIY: Whisper your fantasies to each other in bed, making sure to add graphic, concrete detail. To heat things up when you are apart, try sending recordings of you whispering your fantasies, creating a sense of impending culmination.

Related: 7 Most Common Questions About Orgasms—Answered by Experts

DIY: Experiment with different positions for self-pleasure and maybe even other parts of your body. If lying on your back makes period cramps more pronounced, shift to poses that alleviate any abdominal pressure. A pelvic tilt, similar to bridge pose in yoga, may feel more relaxing; being on all fours or in child’s pose may also help. Likewise, if you prefer to stay clear of the vaginal canal, try loving on other parts of your body, such as your clitoris, vulva, anus or nipples. For a nipple massage toy—amongst other proclivities—try Lovense’s Hyphy, a dual end vibrator that has a high frequency tip that comes with a nipple attachment.

Biodegradable, solar powered, and fully recyclable sex toys are now options for the eco-minded consumer. It took a while for sex toy manufacturers to catch up with the growing climate crisis zeitgeist, but huge strides in sustainability have made their impact on the sex toy market. These days, you’ll find toys made from recycled materials and powered by recyclable batteries. There’s a company that sells a carbon neutral rabbit by planting a tree with every purchase, and another with a solar-powered vibrator—all part of the new, “make love not plastic” ethos.

DIY: Try the world’s first biodegradable sex toy, Premium Eco. Made of biolene, a biodegradable bioplastic, the Eco also comes with a fully replaceable and rechargeable battery. A product design that encourages an extendable lifespan, the Eco is built for pleasure, constructed to last, and engineered to leave no trace.

Related: Want to Learn How to Talk Dirty? Here’s Your Guide

Traditionally seen as taboo, male sex toys are finally having a moment. As outdated notions of toxic masculinity are left by the wayside, men are more motivated to explore self-pleasure techniques such as prostate massage, edging, and frenulum-based orgasm.

DIY: One of the best toys for frenulum stimulation is the Arcwave Ion. Using the same pleasure air technology of the Womanizer’s Eco, the Ion slowly edges men to an orgasm that closely resembles the delicate, earth-shattering pleasure that people with vulvas experience. For the prostate-curious, the Aneros Helix Syn, with precise anatomically correct contours, offers a contraction-responsive design that can help produce mind-blowing orgasms for men.

Sex Trend No. 5: Sexy is self-determined

Increasingly expansive definitions of gender, identity, and the erotic have broadened definitions of pleasure and who’s entitled to receive it. “With the rise of body positivity, I’m seeing a lot of people reaching out asking how they can see themselves as sexy in the body they have,” says Melissa Fritchle, a Santa Cruz, California-based holistic psychotherapist and sex therapist. “As a somatic practitioner, I work with people to experience their body from the inside out versus the outside in. This gives the body a lot more range to feel their own sexual energy and excitement and desire from the inside of them.” With this approach, the body has permission to be an ally—not a harsh critic. “When I work with non-binary clients or clients who are transitioning, we discuss learning to use whatever genitals they currently hold in ways that feel more genuine,” Fritchle says.

Sex Trend No. 6: Adaptive sex toys designed by and for the disabled

Although 15 percent of the global population lives with some form of disability, their sexual needs are still considered taboo and clouded with stigma. “There are so many prejudices people have regarding disability, autonomy, and sex,” says Robin Wilson-Beattie, a San Francisco-based disability and sexuality educator. “In the last six years there has been more discussion of making sex—and sex toys—more accessible.”

DIY: Sex toy company Bump’n aims to dispel such taboos and make pleasure more accessible with the first line of sex toys specifically designed for those with hand limitations. “Hands are the biggest barrier to sex toys on the market and to an unaided wank,” reads the copy on their website. They make a joystick that can accommodate/position a variety a gender expressions as well as a variety of toys.

Sex toys are reaching new levels of precision, pleasure, and customizable play, all aimed at one goal: bigger, more forceful, fuller-bodied orgasms. Sonic tech, which adapts fancy toothbrush technology to sex toys, is a big buzzword in the latest crop of pleasure products.

Instead of standard vibrations, sonic-based toys emit powerful sonic waves that stimulate broader expanses of genitalia than simply tickling the nerve endings on either the penile or vulva head. Sonic toys can revolutionize your orgasm, pulling the orgasm out of you from deep inside, creating a prolonged climax after a delicate sensual build-up, and leaving you luxuriously tingly for what feels like exuberant minutes après. Biomimicry is also becoming more common, used in some high-end sex toys, to replicate the sensation of the mouth and tongue or the come-hither movement of a finger.

Remote-controlled sex toys have been around since the 90s, but sales spiked during 2020’s pandemic times. These kinds of toys were a game changer for couples separated by lockdowns or quarantines who sought ways to maintain an active sex life while apart. These toys allow for interactive pleasure from a distance as well as IRL synchronized sexual experiences. Although “remote controlled” and “intimacy” seem like an oxymoron, the virtual aspect has its own kind of clandestine seduction.

Mostly, long-distance toys add a physical aspect to an otherwise virtual sexual experience. Long distance play can also include elements of exhibitionism, surprise, and even dominance/submission with remote sex partners. Sometimes, users may never even have met the person who is controlling the app in real life.

DIY: The We-Vibe Chorus sets a new standard in remote controlled sex toys. The chorus is meant to curve to the wearer’s shape, providing hands-free pleasure both internally and externally. Waterproof and rechargeable, it offers three speeds, seven vibration patterns, and a high tech “squeeze remote” that matches the vibration intensity to your grip. It pairs with a phone app, called we vibe connect, that makes digital intimacy frictionless. Your partner can play with you from wherever they are, but it’s also designed to be used during intercourse to stimulate both partners and create conditions for a simultaneous orgasm.

DIY: Have a brave conversation with your partner in which you share and express your sexual values and biggest desires. Esther Perel has a great list of sexual conversation starters. Consider asking each other questions like these: Is there something sexual you long for? When you are bored sexually, what do you do to change that? Then, do a little online exploration for communities and dating apps that might help you explore some of your kink fantasies, like FetLife or the alternative dating app Feeld.

Elizabeth Marglin is a Colorado-based journalist, writer, and poet. She is the co-author of The Wild and Sacred Feminine Deck: A 52-Card Oracle and Guidebook (Shambhala Publications 2022), and writes regularly for Yoga Journal, Spirituality & Health, AARP, and more.